It’s business as usual for public high school students when it comes to learning. 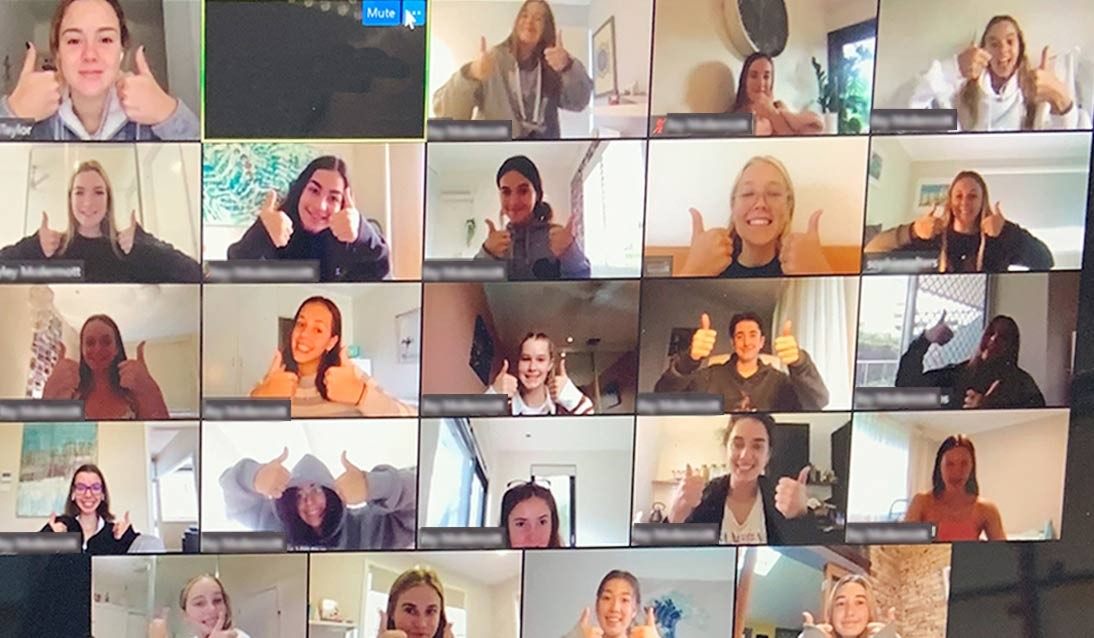 Public high schools across NSW have adopted a range of novel approaches as they adapt to learning from home, but with a key focus that no student is disadvantaged by the change.

At Ulladulla High School, Years 7 and 11 students have played a key role in developing the school’s learning from home program as principal Denise Lofts and her team have reimagined the daily timetable.

Castle Hill High School principal Vicki Brewer said she was “just chuffed” by the efforts of staff that meant there were units of work for every single class online when the school moved to learning from home on Tuesday.

On Wednesday Frank Pikardt, principal at Northern Beaches Secondary College Freshwater Senior Campus, saw the fact not one student was on campus as evidence their home learning plan was working successfully.

“It is going really well,” Mr Pikardt said. “We had a 100% transition to online learning on Tuesday and it’s been great.”

Mr Pikardt said the move to online learning had required extensive professional learning for staff, including himself, to understand platforms such as Google classroom, Zoom and Microsoft Teams.

“As a semi-Luddite I’ve been knocked out by what we can achieve with technology and I have to admit my learning curve has been unbelievable,” he said.

He said the school had adopted a business as usual approach and students were following their normal timetable, attendance rolls were being marked, learning support staff were still working with individual students and wellbeing teams were sending out regular information to students.

Mr Pikardt said it was not an ideal situation for his senior students, particularly those doing the HSC, however keeping continuity of learning would help them through the COVID-19 crisis.

“There is one thing that students can control during these uncertain times and that is their learning,” he said.

“Yes, it will require self-discipline, but if they keep their routines as normal as possible at home they will feel more positive and empowered when they come out the other side.”

“I want to build a bit of hope around this cohort – they’ve had a tough time with the fires and now COVID-19, but I’m not going to let that determine the future for these kids,” she said.

Ms Lofts said the school would start its new learning from home program on Monday with a ‘soft launch’ today.

She said the school had decided to overhaul the timetable and had taken input from Years 7 and 11 students on what the day should look like.

“They were adamant that we just couldn’t whack up content online, they were keen to have activities,” she said.

As a result they had cut the number of classes each day, included brain breaks in the timetable and from 1.30pm students would be asked to work offline on a “passion project”.

PDHPE teachers have compiled a set of challenges that students need to photograph themselves completing to ensure they were doing physical activity.

Ms Lofts said while most students had their own technology, the main technological hurdle was the lack of internet access at some homes due to poor coverage.

She said where this was an issue the school was providing dongles.

Ms Brewer said the uncertainty of the times was hard on teachers and support staff, but they had risen to the challenge.

She said after almost a week of learning from home, the feedback from parents at Castle Hill High was overwhelming.

“Parents are saying they have never seen their kids work so hard,” she said. “That may be because it’s all a novelty and it may not sustain itself, but it says we have got the online learning right.”

With a normal student population of 1939, only 30 students were currently physically attending the school.

The timetable has been changed to reduce the number of periods each day.

“We thought we were going to have kids at school so we didn’t want them moving around too much,” she said.

She said the school was using a variety of technologies including the canvas app and Google classroom, while staff were using Zoom to hold faculty meetings.

Ms Brewer and other staff were also being videoed doing activities such as yoga to encourage the students to continue with physical activity.